What if there was an island that had it all?

Welcome to the island of Hvar, home to the most UNESCO heritage of any island in the world. An island with more sun than any other in all Europe, the birthplace of organized tourism in Europe in 1868, and home to the oldest public theatre in Europe, dating back to 1612.
An island whose beaches and clear waters are regularly featured in top ten lists, and whose healthy UNESCO Mediterranean Diet is a symbol of its healthy lifestyle. An island fine wine story has attracted the only Master of Wine in all Croatia to make wine from its indigenous grapes.
Party lover? A nearby island is dedicated to your needs, part of the magical Pakleni islands, which are a sailing, kayaking, and chilling paradise. And speaking of activities, even world champions come for their winter cycling training.
An island whose idyllic traditional lifestyle is safe and perfect for children (the grandfather of dactyloscopy was born here, after all), where hospitality is part of the local DNA. Welcome to Hvar, the island where dreams really do come true.

One of the jewels of Croatian tourism, Hvar Town is the capital and largest settlement of the island of the same name. Its rich Venetian architecture harks back to its glorious cultural past, while people watching on the largest square in all Dalmatia is a very popular activity today. The rich cultural heritage which includes the oldest public theatre in Europe continues today with the Hvar Summer Festival, whose locations include the Franciscan Monastery, Veneranda, the Arsenal and theatre, and Hanibal Lucic garden. Don’t forget to climb to the Spanish Fortress for fabulous views of the town and Pakleni Islands.

Hvar’s iconic waterfront, or riva, is among the most exclusive on the Adriatic, where backpackers and superyachts mingle in this most egalitarian of towns. Don’t miss the daily water taxis to the gorgeous Pakleni islands, which offer a range of activities, from beaches and nightlife, sailing and kayaking, to art galleries and fine dining.

Indulge in the restaurants and wine bars of Hvar Town, famed for their excellence in preparing local specialties such as Hvarska Gregada, as well as a wider the Mediterranean and international menu.

Just a short drive from Hvar Town, along the picturesque old road to Stari Grad, lies the village of Brusje, whose spectacular views of the mainland and Adriatic make it one of the island’s most beautiful spots. Originally a shepherd’s village, Brusje’s history is intertwined with the natural goodness of wine, olive oil, rosemary oil, lavender, and honey. A world away from the busyness of Hvar Town in season, Brusje is an authentic traditional Dalmatian village, where little has changed for decades. April 23 is a special day of celebration when the village celebrates its patron saint, St. George.

Just past Milna is the fascinating village of Velo Grablje, which has undergone something of a transformation in recent years. Once the center of lavender production in all Dalmatia, the village’s fortunes were hit hard by mass emigration and much of its lavender fields were destroyed by fire. The result was that the full-time population dwindled to just five inhabitants before a group of energetic young locals decided to revive the village’s traditions and fortunes.

The NGO Pjover was formed, and they set about restoring the village to something closer to its former glory. The center of this was the annual Lavender Festival, which first took place back in 2008. Its aim was to celebrate the traditions of this important crop, and visitors can enjoy a range of lavender-themed events, including getting involved in the actual lavender harvest and oil production.

The population has now risen to 14, and tourism is discovering Velo Grablje, an ideal nature and hiking destination. Come on a Sunday morning to church and you may be surprised at home many people there are in the congregation. For many ‘Forani’ count Velo Grablje as their ancestral home, and indeed several of the island’s top chefs hail from the village. Since its small revival, Velo Grablje now has its own restaurant and even a winter pub, and its soccer team, NK Levanda, won the island league back in 2011. 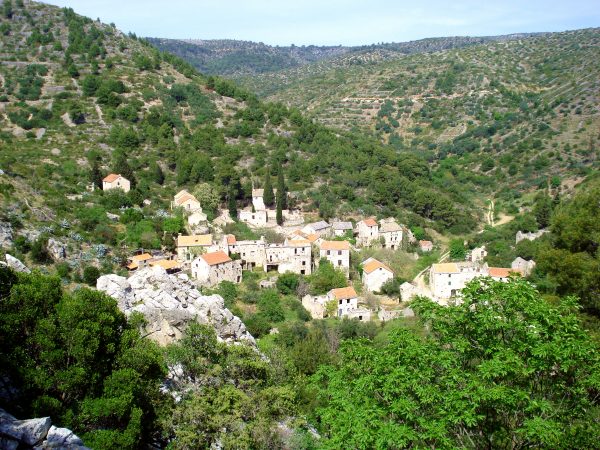 Continue down the hill from Velo Grablje on a newly asphalted road and you will reach one of the most interesting villages in all Dalmatia. The village has been completely abandoned for decades after all its residents moved to the coast to Milna. But all the property owners also had one other thing in common – the surname Tudor. Legend has it that an illegitimate child of Henry VIII was shipwrecked off Milna, and he met local maiden washing clothes nearby. They fell in love and founded a settlement inland away from the pirates – Malo Grablje. The village is hauntingly beautiful, lost in time, but not quite deserted – there is an excellent restaurant working during the summer.

Head out from Hvar Town on the new road to Stari Grad, and after 4km you will pass Milna, one of the most popular destinations for families and foodies. Milna is famous for its excellent row of waterfront, south-facing restaurants, which serve up some of the best seafood on Hvar, washed down with the excellent local wines. There are also two family-friendly beaches where kids can play as parents enjoy a glass or three in the restaurants overlooking the beaches.

Milna has grown considerably with the arrival of tourism and the road, coupled with the population influx from Velo Grablje, but its actual origins date back to an old villa of the noble family Ivanić, dating back to the 17th century. It is also a popular nature and hiking route, with its herbal walks and footpaths all the way to Hvar Town. Alternatively, you can organize transport by bus or boat.

Sveta Nedjelja, some 12km east of Hvar Town, is the heart of Hvar’s wine-making region, and its steep, south-facing slopes, provide the best conditions for the pride of Dalmatian grapes – Plavac Mali. In addition to its famous wines, Sveta Nedjelja is also the island’s top rock climbing destination, and the recent addition of the new Via Ferrata will test even the most hardened adrenaline junkie. And spare a thought for the Franciscan monks of 500 years ago when you visit the incredible Franciscan monastery built inside a cave high above the village. The patron of Sveta Nedjelja is St. Špirijun, the bishop whose feast is celebrated on the 14th of December.

Jagodna and Bojanic bad coves are located between Sveta Nedjelja and Ivan Dolac on the south side of the Hvar island, about 13 km east of the Hvar town. They are well known for pebble beaches and vineyards on steep slopes. 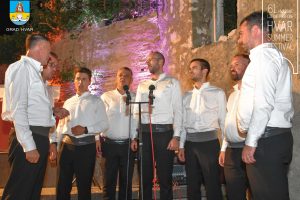